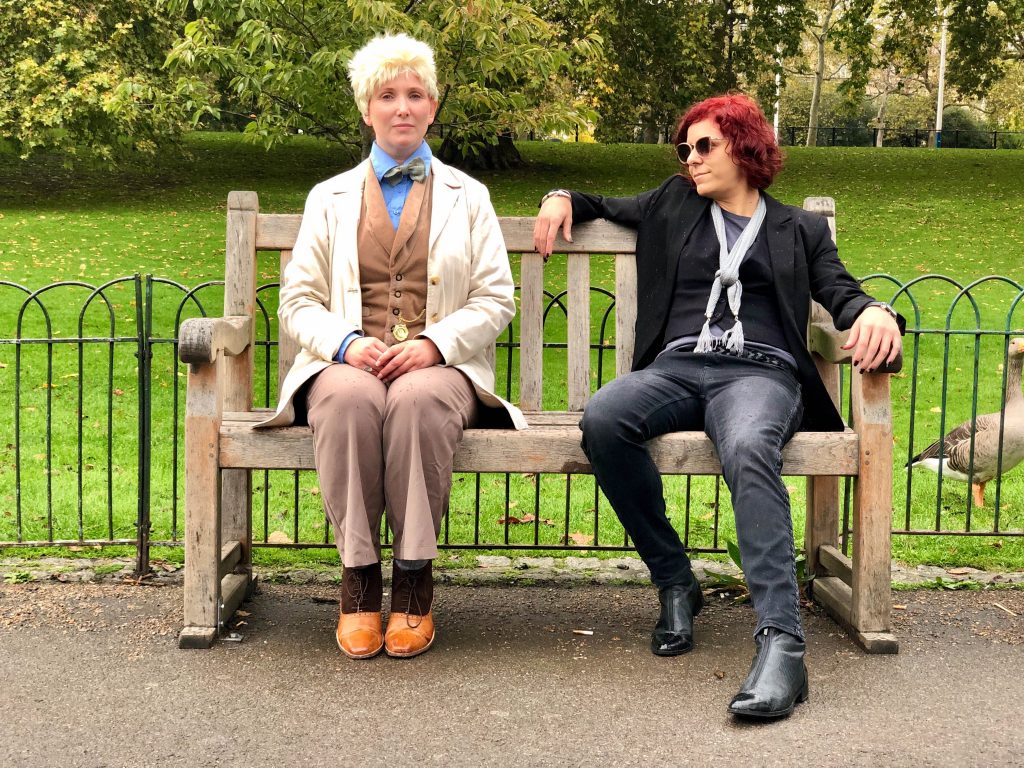 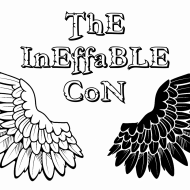 London offers a wide array of filming locations and photo opportunities. The suggested route here takes in most of the sites that are of particular relevance to Aziraphale and Crowley and can be completed in a day. It uses buses, which are cheap to use, and all the locations listed are free to visit.

To catch buses in London, simply touch a contactless card or device to the reader when you board. There are lots of bus stops close together, so they all have letters to identify them; these are shown on the maps here so you can make sure you’re at the right one. There are maps at every bus stop if you get lost. Modern buses have screens announcing the name of the next stop, and you need to press one of the bells to alert the driver when you want to stop.

This route was devised for The Ineffable Con and so starts at Marylebone station, where trains from High Wycombe arrive. From Marylebone station, walk down the road in front of the station entrance to Marylebone Road. Just on the right hand side is Bus Stop N, where you can catch the 18 or 205 to Euston Station.

If arriving into a different station in London, make your way to Euston and pick up the route from here

Our first set of stops starts from Euston station, indicated in Inset Map 1. Cross the road outside the station and head down Upper Woburn Place.

After about five minutes of walking, you will find Stop 1: Tavistock Square, on the right-hand side.

For logistical reasons, Tavistock Square played the role of Berkeley Square in the TV show. It is home to the bench on which Aziraphale and Crowley performed their body swap in the final episode, and where the nightingale sang. You’re more likely to find pigeons there in real life.

Tavistock Square is free to visit and is open during daylight hours. As well as potentially body-swapped angels and demons, you’ll find a statue of Mahatma Gandhi and a bust of former local resident, author Virginia Woolf. A cherry tree planted here in 1967 in memory of the victims of the bombing of Hiroshima blossoms each spring.

Continuing down Woburn Place past Russell Square (where the road changes name to Southampton Row), there’s an optional detour to Stop 2: the British Museum Cafe.

Although not shown on screen, the British Museum Cafe is one of the rendezvous locations frequented by Aziraphale and Crowley. The museum is free to enter, although security checks can cause queues in busy periods. Once inside, head around to the right to find the cafe. You can also explore the rest of the museum, where you’ll find stolen artefacts from ancient cultures around the world. However, this might eat up the rest of the day.

If you escape the museum, head back to Southampton Row and turn right, then left onto Theobalds Road. Turn right into Red Lion Street, and, on the left-hand side, you’ll see Stop 3: The Enterprise.

This is the pub where Crowley got drunk and maudlin after losing his best friend. It might be a good spot for lunch, which is served from 12pm-3pm.

When you leave the pub, turn left on Theobalds Road and find Bus Stop A.

The bus journey should take about 20 minutes, depending on traffic. Shortly after Piccadilly Circus, get off at the stop for Old Bond St Royal Academy (stop G shown on the map). Carry on walking down Piccadilly and you will come to Stop 4: the Ritz. If you have time (and at least £58 to spare), the afternoon tea here is a quintissentially English experience, but generally has to be booked in advance.

After the Ritz, take the next right up Berkeley St to Stop 5: Berkeley Square. The square only features in the show by name – its stunt double was Tavistock Square – but the real Berkeley Square is worth visiting, as it happens to also be home to a Bentley dealership. We choose to believe this is where Crowley purchased his Bentley.

From Berkeley Square, trace your steps back past the Ritz and turn right on St James’s St, then left on Pall Mall. You’ll come to Stop 6: Waterloo Place, where Crowley parked his Bentley while meeting with Aziraphale in St James’s Park. Turn right and you’ll see the steps where Crowley insisted “We have to work together.”

Head down the steps and enter St James’s Park. Follow the lake around anti-clockwise and you’ll come to Stop 7: the bench near Buckingham Palace where Aziraphale and Crowley meet to feed the ducks. Ice creams can be purchased from the vendor nearby.

When you’re done fraternising, walk around Buckingham Palace and up through Green Park to find Stop E on Piccadilly, where we’re going to pick up the Number 19 bus again towards Battersea Park.

After about 25 minutes, the bus will cross the River Thames. Get off at Parkgate Road Battersea (Stop BE marked on the map). Cross the road and turn left onto Parkgate Road, which will lead you into Battersea Park.

The path inside the park will fork: take the right-hand fork as far as the crossroads, and then turn left to get to the bandstand, which is Stop 8. Although not mentioned in the book, the bandstand served as the setting for the breakup scene in the show. While visiting, if the love of your life asks you to run away to Alpha Centauri, just say yes.

Battersea Park is open from 6.30am until 10.30pm. Beware: you might find Gabriel running nearby.

This concludes our whirlwind tour of London! But, if you have more time, there’s plenty more of Aziraphale and Crowley’s world to see, including Broadgate Tower in the City (the escalators to Heaven and Hell), the Skygarden restaurant (Heaven), and the Globe Theatre (worth a visit in its own right). Please tag us in your cosplay photos!